Posts feature partner companies & may be sponsored. Post contains affiliate links & I will be compensated if you make a purchase after clicking on links.

I know the government is a hot topic in some circles. They create a lot of laws that some people don’t like. They pass a bunch of policies which are (quite often) ridiculously stupid. They spend a ton of money and apparently have no clue how to stop doing that. But, sometimes the government does some really good stuff too. Keep us safe (or safer) from terrorists. Help out other countries that are struggling with disease and famine. Destroy okra. Sure, those are all great goals!

What?  You don’t want the government destroying okra?  Have you actually EATEN okra?  I think it’s pretty safe to say that a large majority of Americans would be perfectly happy to never again have to eat that slimy, nasty stuff.  Most of those people live north of the Mason Dixon line.  I grew up in the north eating tasty things like homemade baked beans and strawberry rhubarb pies.  Then I made the mistake of marrying an upwardly mobile, intelligent guy with a great career and now I am stuck down south in the land of nasty things like boiled peanuts and okra.  Nasty, stuff, I tell you! 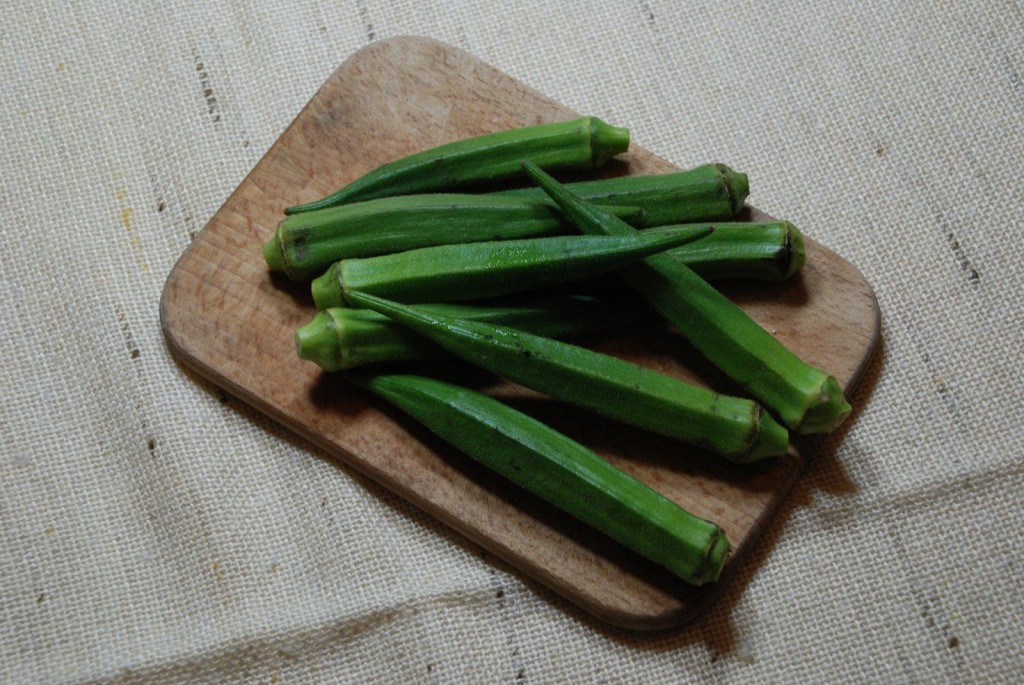 Apparently the government agrees with my ‘Destroy Okra‘ mindset because they recently sent a helicopter and police task force to destroy an entire crop of it growing on some Georgia farmer’s land.  Of course, they really thought they were there to destroy a crop of marijuana but, hey…I think someone high up in the Georgia Governor’s office is really just from New England and knows how nasty okra really is.

Once the drug dogs, helicopter guys and heavily armed police officers realized they had  misidentified the crop, they left the poor farmer in peace and that is one dude who will never have another kind word to say about the government for as long as he lives.  But he will, at least, have plenty of okra for tonight’s gumbo.  He can keep it.

If the government  starts targeting rhubarb crops, however, there is going to be hell to pay.