Posts feature partner companies & may be sponsored. Post contains affiliate links & I will be compensated if you make a purchase after clicking on links.

Before I start what is probably going to be a very unpopular post, let me just make one point.  I understand that there are a few kids ‘on the spectrum’ or who have ‘texture issues’ that really do have medical reasons for being a picky eater.  However, America has significantly more picky eaters than any other country.  Medical reasons for being a picky eater would be much more evenly distributed between different countries if this was strictly due to sensory processing issues.  Most picky eaters are MADE, not BORN.

The Politically Incorrect Way to Deal with Your Picky Eater

Let me tell you a little story about my own picky eater and see if you can relate.  At the age of 2 my son was only eating breakfast and lunch.

Those were foods he liked…scrambled eggs, fruit, sandwiches, etc.  When dinner time rolled around it was time for meat, vegetables and potatoes.

These were not foods my picky eater was interested in eating.  So, I listened to popular parenting advice and ignored his poor eating habits for an entire year. 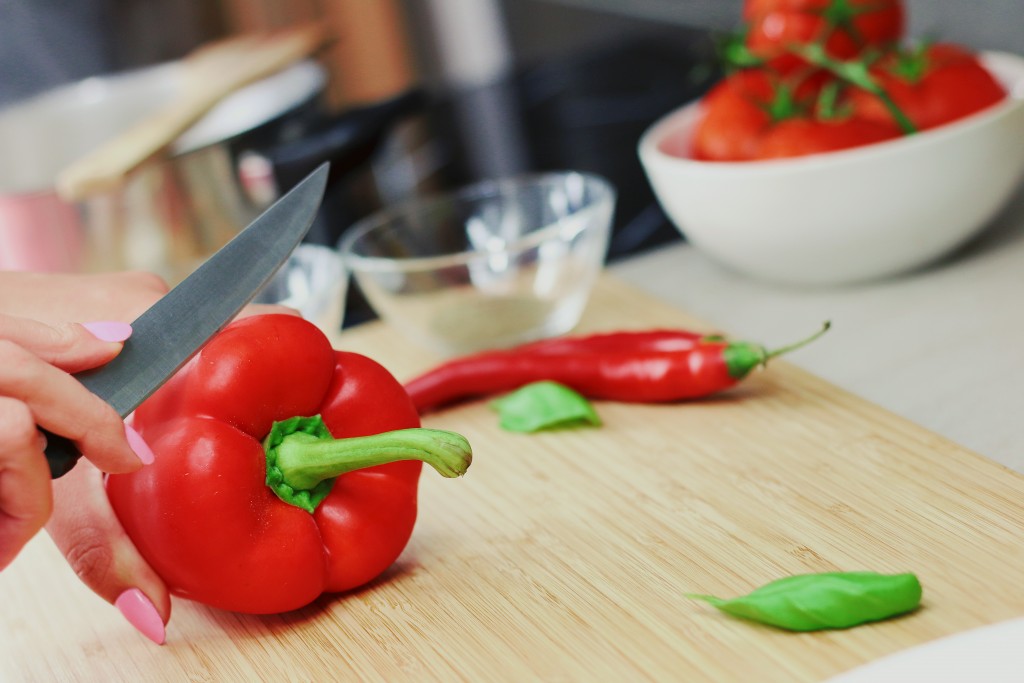 One day I spent an hour making a dinner I just KNEW he would like.  I set it in front of him only to have him turn his nose up at it.  I had reached my breaking point.

I set my foot down with my 3 year old picky eater and told him he had to take three bites before he could leave the table.

Just three bites.  Not a big deal, huh?  Well, after 3 hours of crying he fell asleep at the table and I put him to bed.

The next night I set down the same rule…3 bites, that is it.  I served the dreaded dinner with fruit and bread and milk so I knew he wasn’t going to starve.

But, I demanded 3 bites of the thing he turned his nose up at.  Only took an hour of crying that night before he took his three bites and walked away.

The third night?  He took his three bites without so much as a tear and left the table.

And before you people start telling me that I have created some horrible psychological food issues for my kid let me just tell you that the boy is now 15 and eats whatever I put in front of him.

Does he have his likes and dislikes?  Sure, we all do.  But he still has to eat a bite or two of everything I make whether he likes it or not.  He is not psychologically scarred over my forcing him to try new foods.

And when he goes to friends houses he eats what he is served.

When he goes to restaurants, he chooses things like Crawfish Etouffee or Jambalaya.  Not chicken fingers and french fries. 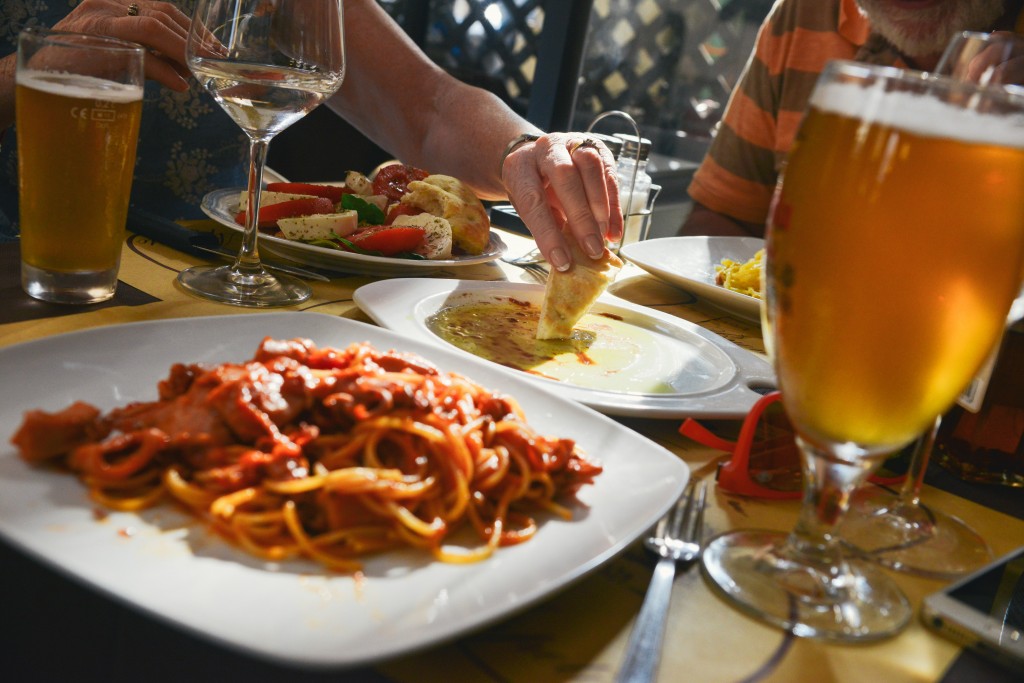 I have 2 members of my family who are extreme picky eaters…to the point where they eat only 6 to 1o foods.

Those foods are NOT fruits and veggies…in fact they won’t touch a single one of those.  But they will suck down hot dogs, pizza, soda, candy and a few other highly processed foods.

Know why?  Because their parents never forced them to try new foods.

When the rest of the family was eating fish, mom made picky eater a hot dog instead.

When they went to friends houses, mom brought picky eater his own food so he would have something to eat that he liked.

You know what’s going to happen when picky eater has to go out to eat with his boss for a business meeting?  Yeah…picky eater is going to look like an idiot when he orders chicken fingers off the kids menu.

Or when picky eater wants to take his girlfriend out to eat at a nice restaurant and he can’t because he won’t eat anything but the bread they bring out before dinner.

Most picky eaters don’t just ‘grow out of it’ without a little bit of a push. 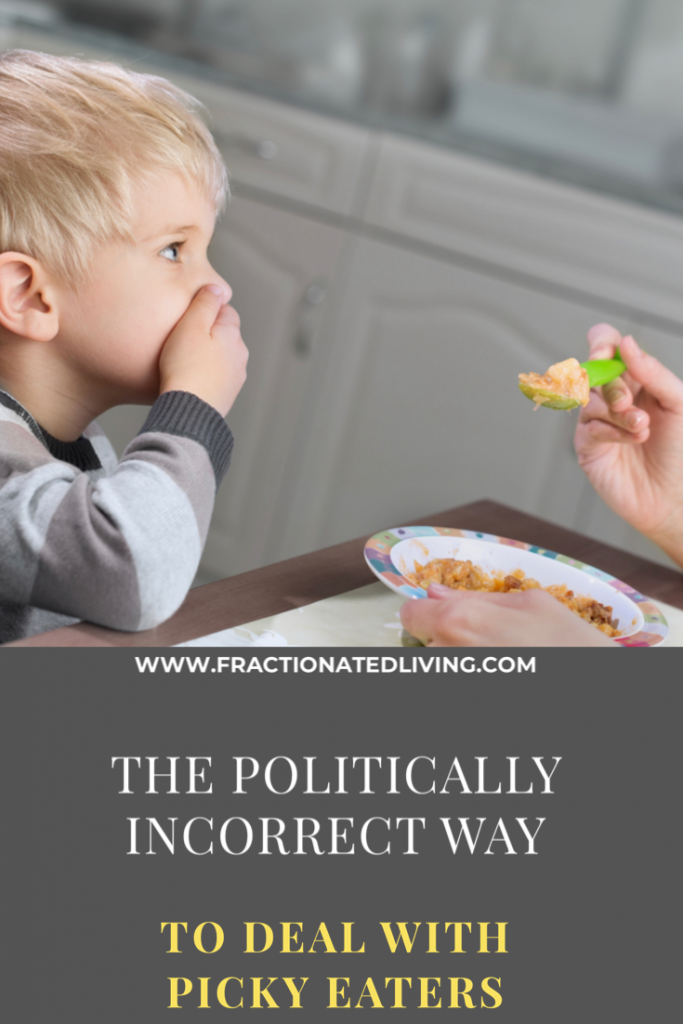 My hugest pet peeve is the term ‘kid friendly recipe’.  Your kid will learn to eat what you put in front of them provided you stop catering to their demands for chicken fingers and French fries.

Stop listening to parenting ‘experts’ and make your kid take a few bites of dinner before he leaves the table….he will thank you for it when he gets older, I guarantee!